Jurgen Klopp could not hide his delight after Liverpool came from behind to beat Milan at San Siro on Tuesday.

Jurgen Klopp hailed his record-breaking Liverpool following their 2-1 win over Milan as the Reds made it six wins from six games in the Champions League.

Liverpool became the first English team to win all six Champions League group-stage games in a single season thanks to Tuesday's triumph at San Siro.

Despite only Alisson, Mohamed Salah and Sadio Mane retaining their places in the starting XI from last week's Premier League win at Wolves, Liverpool still preserved their perfect record in Group B.

Salah and Divock Origi struck to cancel out Fikayo Tomori's 28th-minute opener in Milan, where Liverpool were already assured of the knockout phase pre-match. 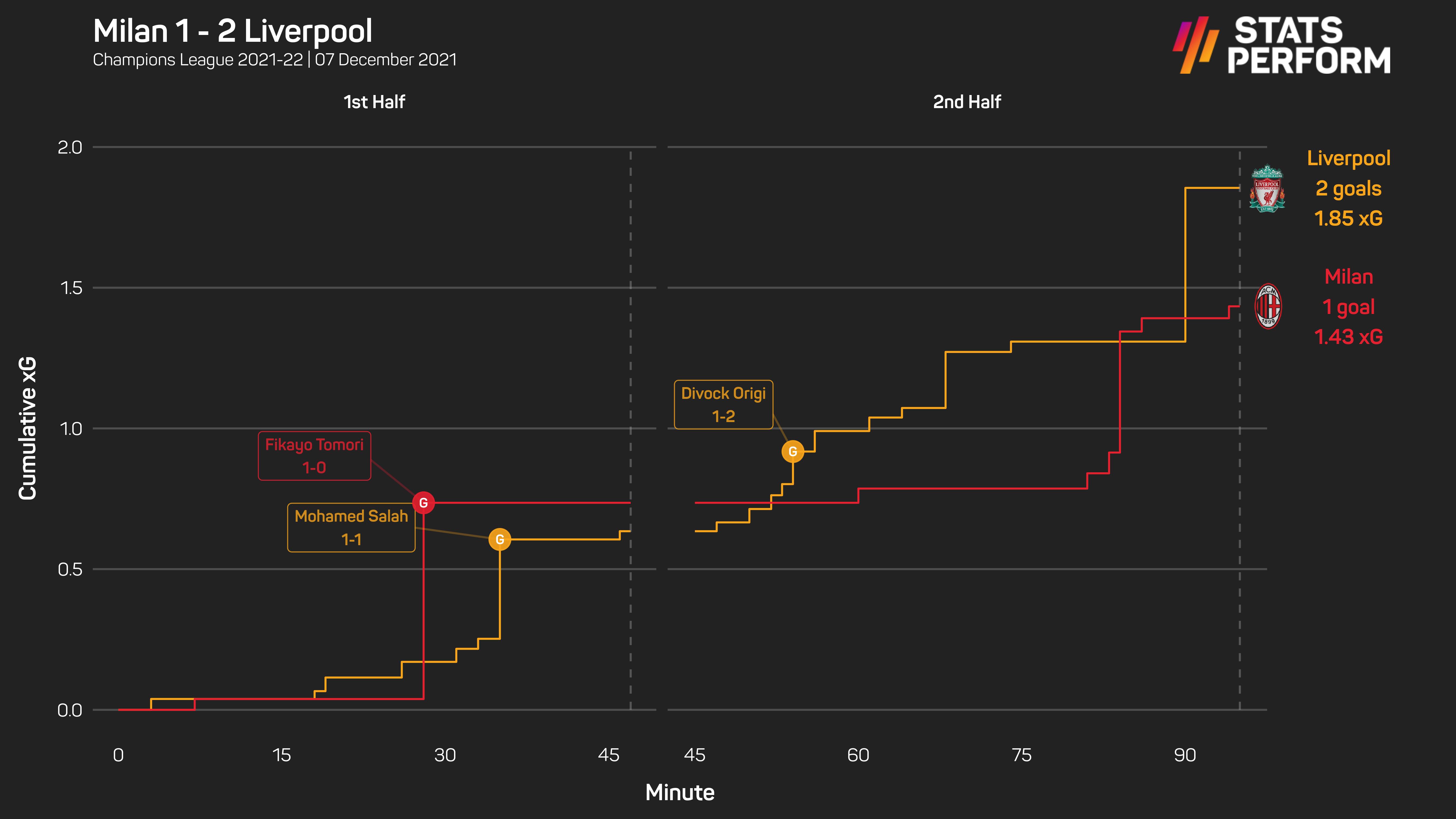 "Honestly, I don't feel pride a lot in football because most of the time I expect good things to happen, to be honest, but tonight fills me with a lot of pride," Klopp told reporters post-match.

"It was an exceptional performance. I don't mean that because we won six games, the reason is especially this game because it was so good. With that many changes, it's easy for me to make the changes, but in the end, the boys have to then be confident enough to show how good they are.

Salah scored his 20th goal of the season in all competitions for Liverpool, in his 21st appearance – he the first player to score 20-plus goals in five consecutive campaigns for the Reds since Ian Rush (six between 1981-82 and 1986-87).

Liverpool's Salah has been involved in 29 goals in all competitions this season (20 goals, nine assists), more than twice as many as any other Premier League player.

Origi, meanwhile, scored his first goal in 15 Champions League games, since netting the Reds' second in their 2-0 final victory over Tottenham in June 2019.

"In football it's all about: again and again giving everything," Origi said. "The results come by doing the right things at the right time in the right moment. Being in the moment.

"Of course, for the outside world there's a lot of speculation but for us it's having training from tomorrow – recovery – then training again and again and again. At the end of the season we'll see how we end – but obviously we want to end in the highest way possible."