Real Madrid have announced that former star Paco Gento had died at the age of 88.

The former Spain international was considered one of his country's greatest players of the 20th century and formed part of one of the finest Madrid teams in history.

Gento scored 182 goals in 600 official matches for Los Blancos, winning a club-record 24 trophies, including 12 LaLiga titles and six European Cups. He remains the only man to have won Europe's top club competition more than five times.

"Paco Gento truly represents all the values of Real Madrid, and has been and will continue to be a reference for madridistas and for the sporting world," the club said in a statement on Tuesday announcing his passing.

"He will always be remembered by madridistas and all football fans as one of their greatest." 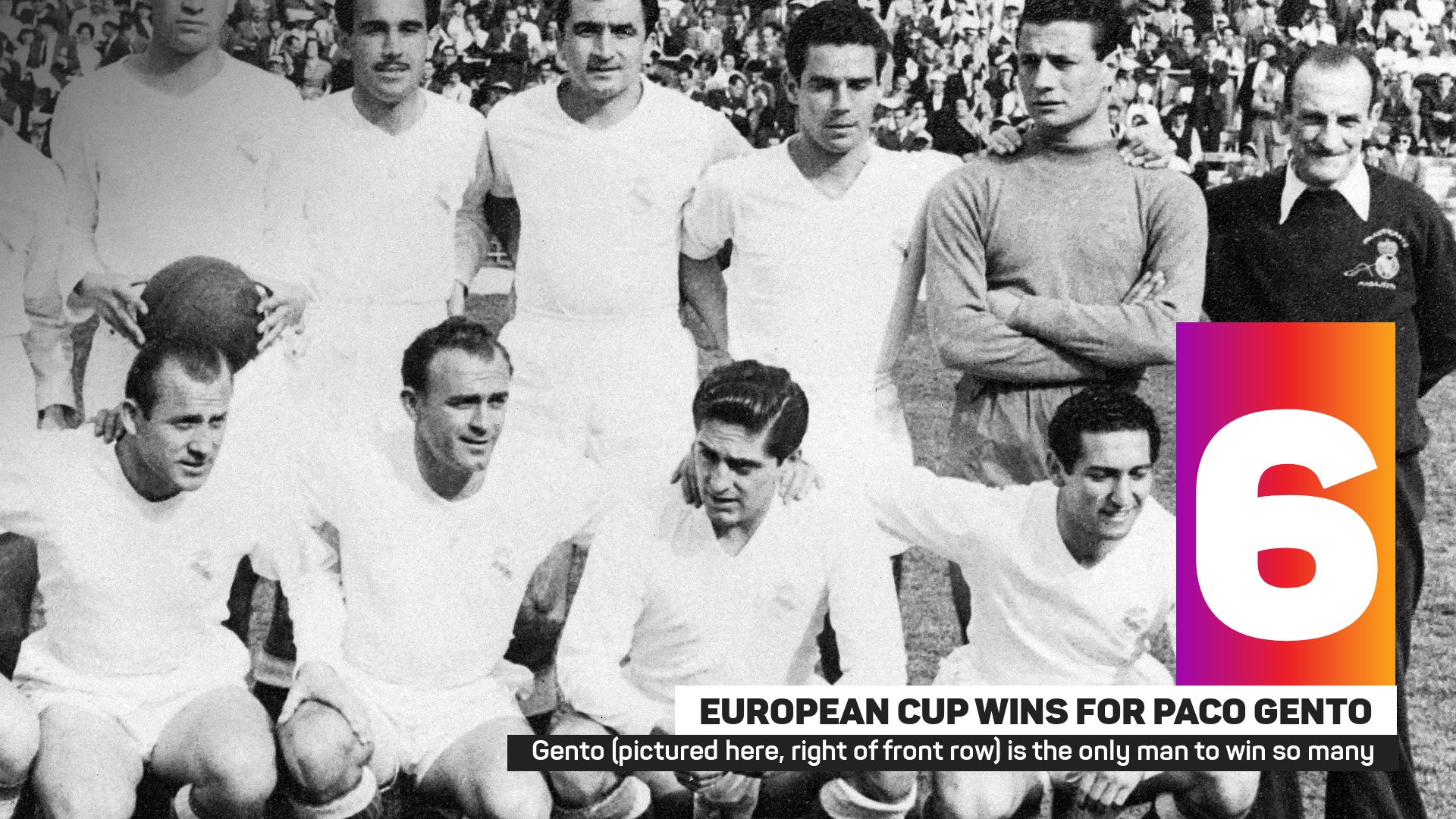 Francisco Gento, who began his career with regional teams in his native Cantabria, joined Racing Santander in 1953 before his transfer to Madrid, where he spent 18 hugely successful years.

A fast and skilful wide player, described by Madrid as one "many believe to be the best left-winger of all time", Gento was part of an historic side that included Alfredo Di Stefano, Ferenc Puskas, Raymond Kopa and Hector Rial.

He was part of the team that won the first five European Cups from 1956 to 1960 before he captained an all-Spanish Madrid side – known as the 'Ye-ye' Madrid – to a sixth title in 1966. Gento played in eight finals in total, a record he shares with Milan great Paolo Maldini.

Gento also won 12 LaLiga titles between 1954 and 1969, before he took over as Castilla coach following his retirement in 1971. After spells coaching Castellon, Palencia and Granada, Gento took up an ambassadorial role with Madrid and became the club's honorary president following the death of Di Stefano in 2016.

"He was fast and he hit the ball like a cannon," Di Stefano said of his old team-mate, as per Radio Marca. "That's not something you learn, it's something you're born with. You can only teach the rest."