Messi is among the favourites for the 2021 Ballon d'Or, which will be announced during Monday's ceremony in Paris.

Ramos has often backed Cristiano Ronaldo for the top gong over the years, given they were Real Madrid team-mates and rivals of former Barcelona captain Messi. 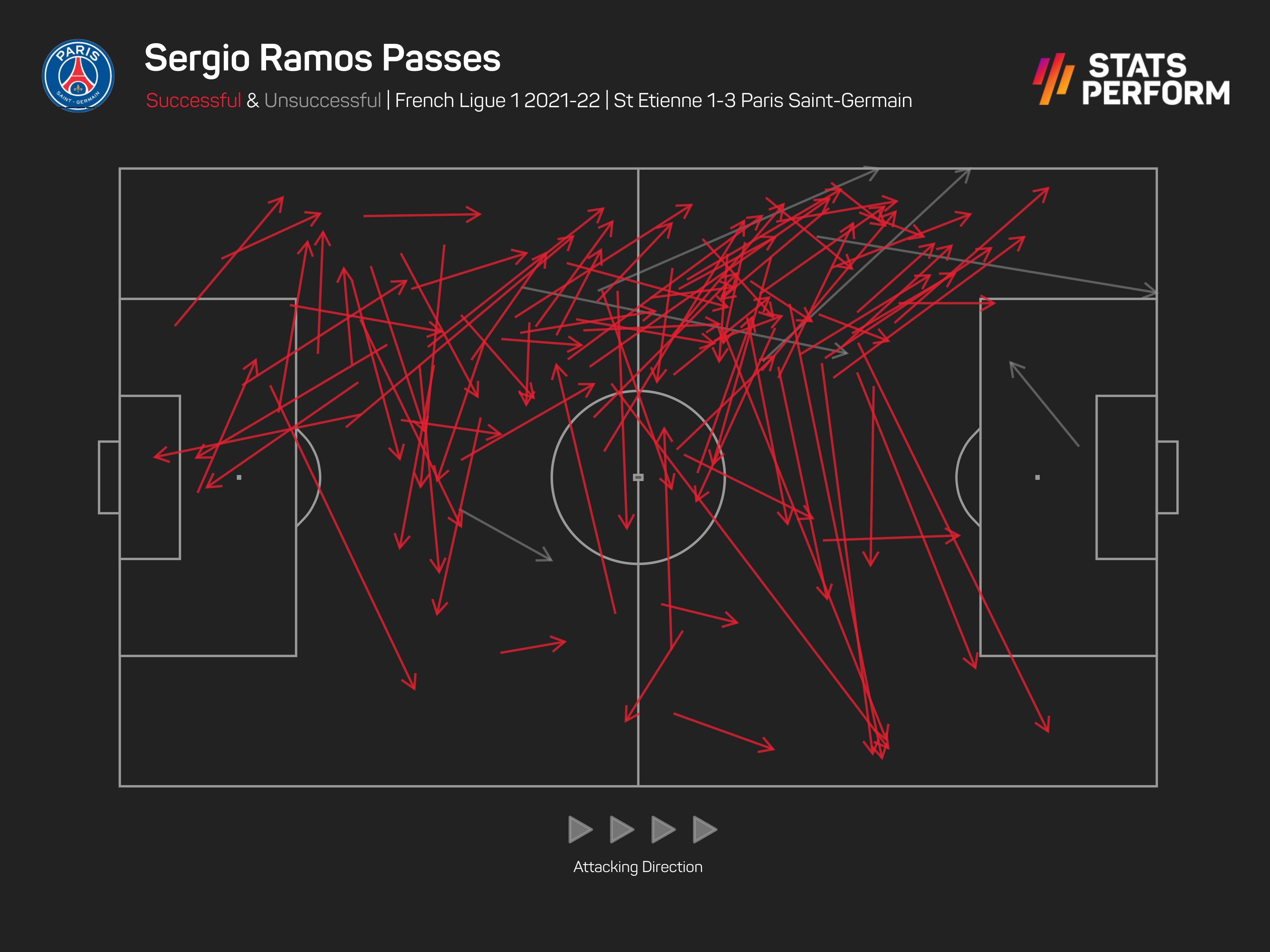 "I'm going to defend the guys in my team. I wish him all the luck in the world.

"He's in good shape, and I think he's the kind of player who really makes a difference. He's a unique player and it's a privilege to have him in the team.

"I think that bit by bit, each of us is going to bring our own quality to make Paris Saint-Germain even greater and achieve the things we want to achieve."

In Sunday's 3-1 win at Saint-Etienne, Messi delivered three assists in a single league game for the third time of his career after March 2016 against Getafe and February 2020 against Betis.

Messi became the first PSG player to achieve the feat in Ligue 1 since Blaise Matuidi against Angers in January 2016.

At 35 years and 243 days, Ramos became the oldest outfield player to make his first appearance with PSG in Ligue 1 since David Beckham (37 years and 298 days against Marseille in February 2013).

Ramos attempted 101 passes against Saint-Etienne – a game-high and the best tally for a PSG player making his Ligue 1 debut since Opta started analysing this data in 2006-07.