Nuno Espirito Santo said "it doesn't make sense" when he was asked to compare Harry Kane and Romelu Lukaku, or if he would swap strikers.

Nuno Espirito Santo insisted he was only interested in "amazing" Harry Kane when the Tottenham boss was asked to compare his star striker to Romelu Lukaku.

Lukaku has made a flying start to life back at Chelsea, who Spurs face on Sunday, with the Belgium international scoring four goals in as many games.

Kane, meanwhile, had a stuttering start to the season after a move to Manchester City failed to materalise.

The England captain has managed just two shots in his first three Premier League appearances this season and his lean spell continued as he failed to score against Rennes in the Europa Conference League on Thursday.

The last time Kane had two or fewer attempts across a three-match span in the Premier League was back in October 2014, but he did not start any of those outings against Sunderland, Southampton and Newcastle United, which produced a total of one effort at goal.

Lukaku, on the other hand, has scored three times from 12 shots for Chelsea in the top flight this term, registering an attempt every 8.5 touches and a goal every 34 touches.

Asked to compare the two forwards, and if he would swap Lukaku for Kane, Nuno told a news conference: "Harry's an amazing player.

"I only speak about Tottenham players. I don't even consider [swapping Kane and Lukaku] because it's something I don't think about, for me it doesn't make sense."

Asked what Kane needs to work on to get back to the form that saw him win the Premier League Golden Boot last season, Nuno added: "I think he has to improve, we are on this process to find the best levels of fitness, but his dedication has been huge." 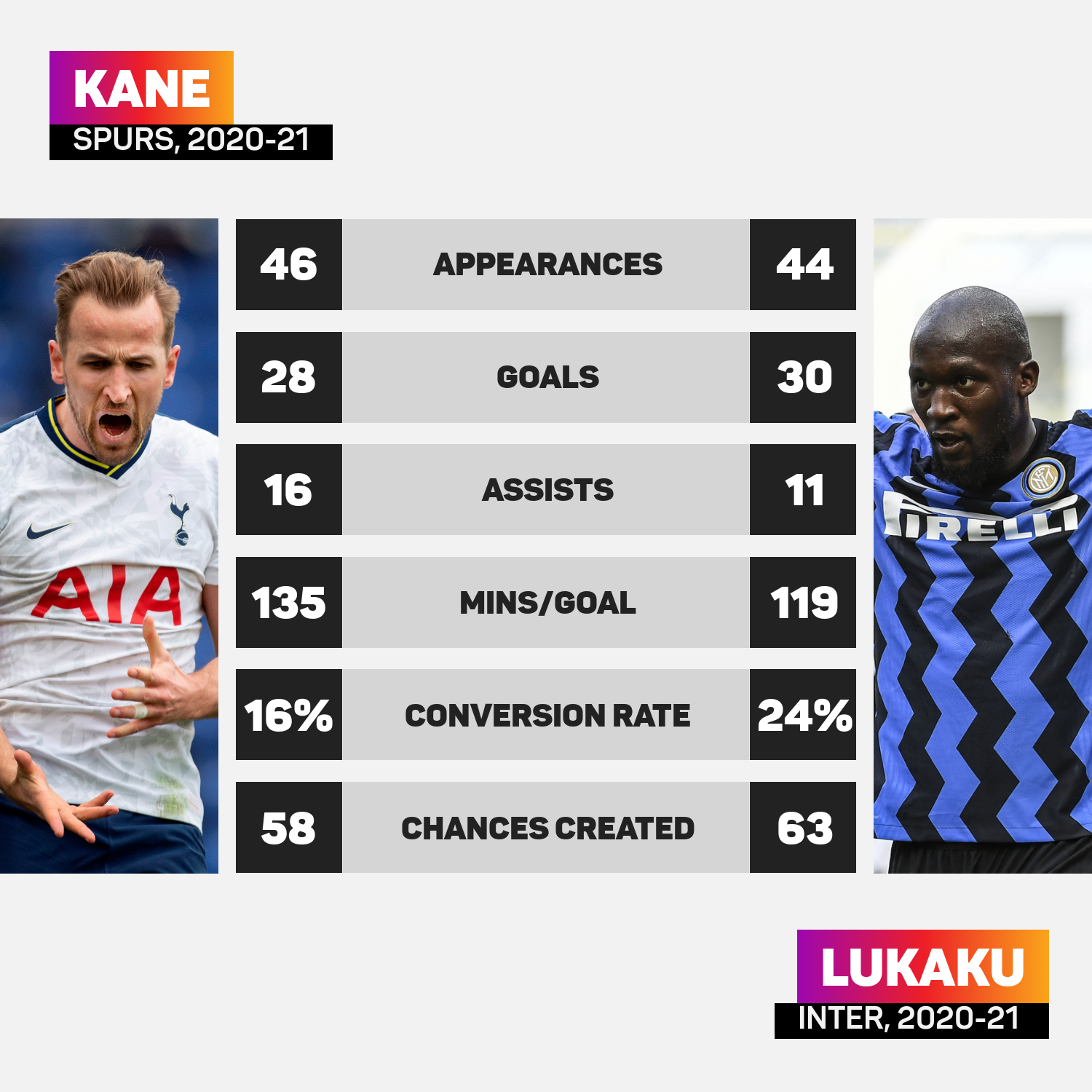 Spurs will be hoping Kane's early season slump came to its nadir last Saturday, in the 3-0 defeat to Crystal Palace at Selhurst Park.

For the first time in his Premier League career, Kane went a full game without having an attempt on goal or a single touch in the opponent's area, while he had just 37 touches – fewer than any other Tottenham outfielder who played the full game – and lost possession 16 times without recovering it once.

Nuno may need Kane on top form against a Chelsea team who look well set to challenge on all fronts this season.

The European champions are unbeaten in five games across all competitions, taking 10 points in the league – one more than Spurs – and getting their Champions League title defence off to a winning start against Zenit, with Lukaku on target in that victory.

"They have an amazing squad, talented players, they play good football, they are organised, they are intense. They are European champions, so we must be wary of that. But on Sunday we will compete, that's a promise.

"Thomas already did an amazing job at Borussia Dortmund, a fantastic job at Paris Saint-Germain. He and his coaching staff have enormous quality so I'm not surprised by the work of Thomas. For me it is not a surprise because you can see how well they play."

With Opta data, Stats Perform check the impact of Cristiano Ronaldo and Lionel Messi on LaLiga tussles between Barcelona and Real Madrid.