Lionel Messi cannot consider himself the number one player at Paris Saint-Germain and "must serve" Kylian Mbappe, according to Nicolas Anelka.

Six-time Ballon d'Or winner Messi joined PSG on a free transfer in August after Barcelona were unable to fulfil a new contract that had been agreed with the Argentina international.

Messi has yet to score or assist in his first three appearances for the Ligue 1 giants and has missed their past two matches with a knee injury.

The 34-year-old is sharing the spotlight with fellow superstar forwards Neymar and Mbappe at the Parc des Princes, the latter of whom is into his fifth season with the club.

Messi and Mbappe have spent a combined 160 minutes on the field together this term and have passed the ball to one another just 18 times.

By comparison, Messi and Neymar linked up on 23 occasions in PSG's recent 2-1 win over Lyon alone.

While Messi was the main man during the majority of his time at Barca, former PSG forward Anelka insists the French club must build their team around Mbappe.

"Mbappe has to lead the attack because he's number one," Anelka told Le Parisien.

"Messi was at Barcelona, but now he has to serve Mbappe. He's been at the club for five years and Messi has to respect him." 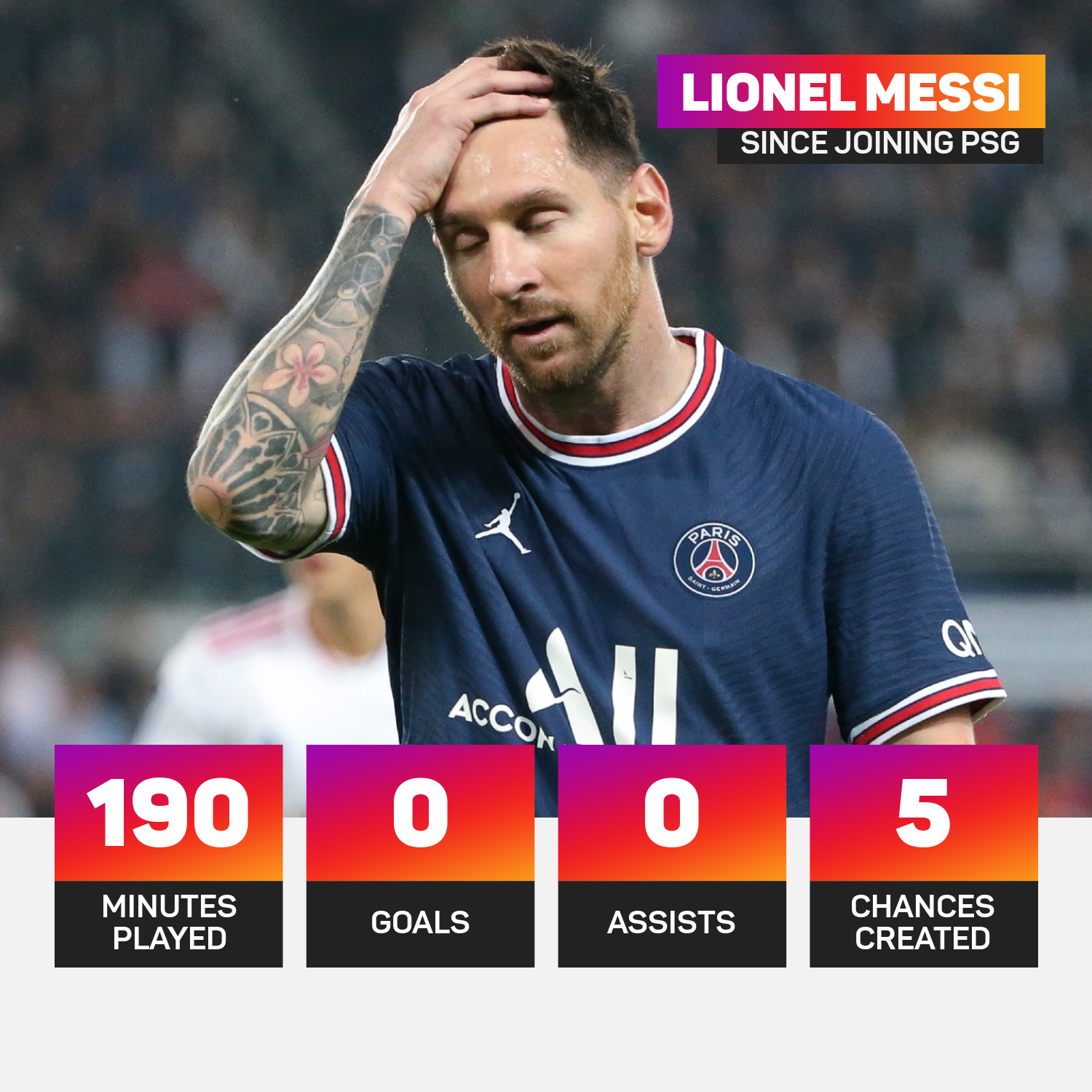 Mbappe has four goals and four assists in nine games for PSG in all competitions this term, those eight direct goal involvements bettered by only six players across Europe's top five leagues.

The France international has been strongly linked with a move to Real Madrid after entering the final year of his contract, and Anelka can understand why his compatriot would want to join a new club.

"He's a phenomenal player in terms of his speed – there's no one better on the planet," Anelka said. "If Paris want to have the best team, they have to do everything they can to keep him.

"But I think it's very clear in Kylian's head. He wants to see something else, and that makes sense. He's dreaming of the Ballon d'Or, and how can he win it if he's playing in the sixth-best league [now fifth-best] by UEFA coefficient?

"If Kylian had been in England or Spain for the last three years, he would have already won the Ballon d'Or."

Mbappe is expected to start PSG's Champions League clash against Manchester City on Tuesday, while Messi is also in line to face off against former coach Pep Guardiola after recovering from a knee issue.

Messi was substituted by Mauricio Pochettino in his most recent appearance for PSG, and Anelka fears the pair may now struggle to repair their relationship.

"You don't take off a six-time Ballon d'Or winner in the 65th minute, when he hasn't scored for his team. That plays with his head a lot," he said.

"A forward needs his coach to show him confidence, and that right there won't do it. I'm getting ahead of myself, but Messi will not forget what Pochettino has done.

"It will stay with him. He's the star of the team, and it was his first game at the Parc des Princes. It's going to be very difficult to recover from that as a situation.

"Messi didn't play against Metz, and for me that's already a response. You can't manage Messi like that. The coach wanted to send out a strong message, which is good, but this is Messi."

Stephen Curry had his first triple-double since 2016 but offered a tough personal assessment after shooting five-from-21.

James Harden discussed not signing a contract extension prior to the deadline after the Brooklyn Nets lost on opening night.