LeBron James will become the highest-paid player in NBA history after agreeing an extension with the Los Angeles Lakers.

The Los Angeles Lakers' decision to give LeBron James a two-year contract extension worth $97.1million is as much about the player's brand as his ability, says sport finance expert Dan Plumley.

James had been entering the final year of a contract worth $44.5m. His new deal includes a player option for the 2024-25 season.

The extension takes the 37-year-old to $532m in guaranteed career earnings, which would mean he is the highest-paid player in the history of the league.

Despite his increasing years, James is still one of the top performers in the NBA, averaging 30.3 points per game in the 2021-22 season.

Speaking to Stats Perform, Plumley admitted he is surprised by the short-term nature of the deal not usually seen in US sports, but understands the brand of the athlete is often as important as the ability.

"I think that's now more the case than ever in every professional sport," said Plumley, who is principal lecturer in sport finance at Sheffield Hallam University. "Every team's looking at how they can use their superstars across respective sports.

"Of course, it's about first and foremost what they can do on the court, on the pitch, it's absolutely still about that.

"But the other side of it is what do they bring from a commercial side of things and what's the brand association, and what's the fit like, and how can the club or team leverage some of that against the superstars that they've got?

"It's absolutely the case with LeBron James. Of course it is. But I think it's the case across the board now for a lot of professional teams."

OFFICIAL: @KingJames has signed an extension with the #LakeShow   pic.twitter.com/Es3YoXXQhO

With James approaching 40 by the end of the two-year deal and with a history of injuries, there appears to be significant risk in the investment for the Lakers, but Plumley thinks it will be worth taking if it produces a championship or two.

"I think that there's the risk... but there was also the risk of losing him and losing the asset and losing the brand association and the value that somebody like LeBron James brings with the Lakers and everything else he's got going on in his personal life as well," he said.

"We know he's connected to Liverpool [Football Club, minority ownership] and the wider network that he operates in. So there's that at play where you're balancing the risk.

"From the playing side of things, yes, the injury risk is there but I think the Lakers felt that it was enough to get the next two years where they could potentially win something again with LeBron, and that risk was far lower than losing him. I think that's where they've ended up at.

"With the NBA, we know that careers can go a little bit later versus other sports. I think when you balance that off, the Lakers have obviously arrived at the decision that it's better to keep him now for a couple of years than potentially lose him."

In terms of the wider future of the NBA, Plumley understands there is danger in seeing deals increase in size, but believes basketball and other US sports will be safe from significant damage due to their closed nature and draft system.

"I think there's always the danger that you see figures like this, and we know that the salary cap is there, and there will always be a limit on this," Plumley added. 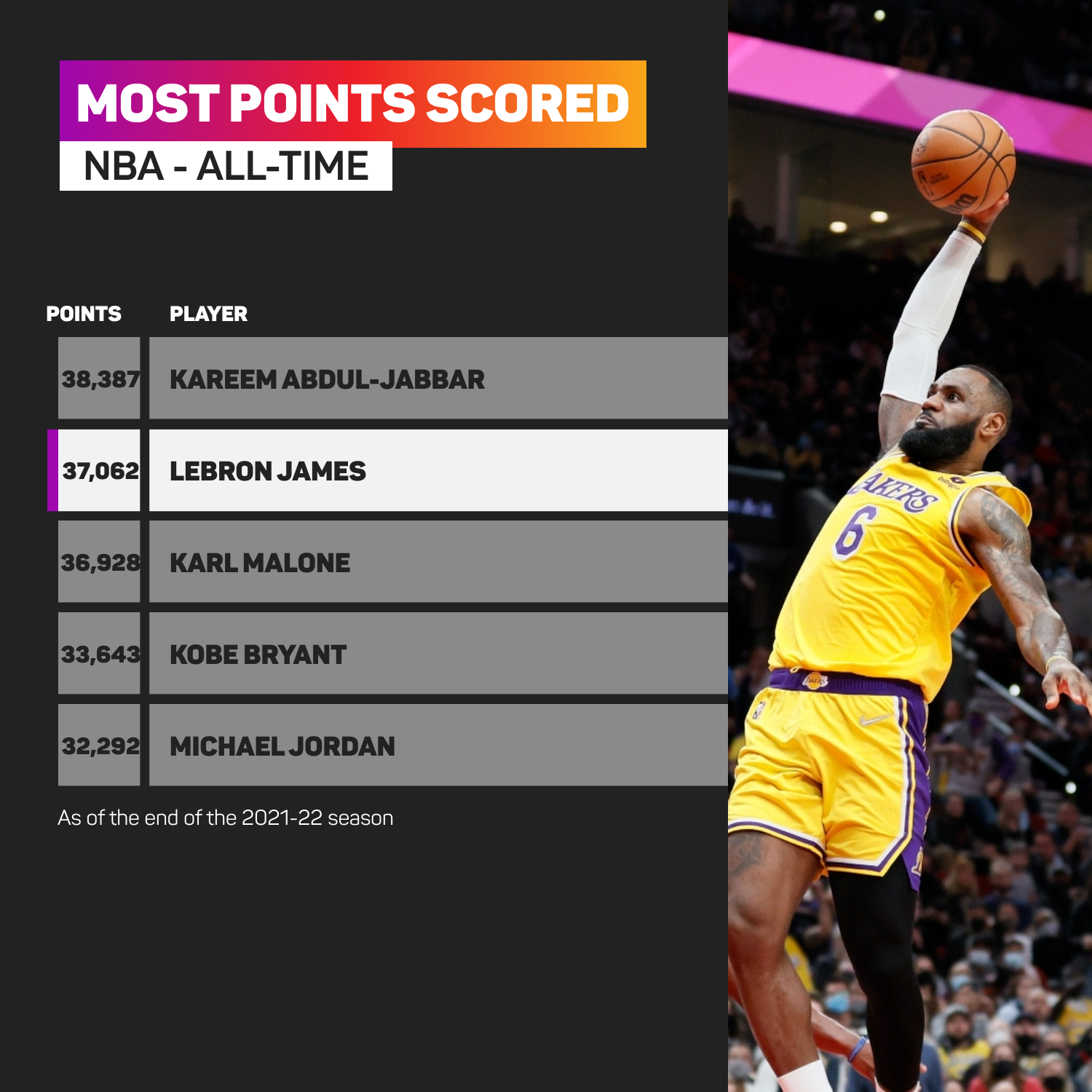 "I think what teams will always be suggesting and the way that side of things has gone is that there's an expectation that they need to keep raising the salary cap. And that's always okay if you've got the money coming in to support it, so I think that will be the trade-off.

"It's always a risk in any professional team sport. They are reliant on broadcasters and they're reliant on commercial partners to generate that revenue at the league level. And while that's okay and growing, these little increases in salary caps have been okay.

"The question always is 'where's the benchmark?' And if the benchmark has gone higher, because this is the biggest contract we've ever seen, then others will start to look towards that as the new benchmark. And I think that's just the risk in the background that you run.

"American sports are a little bit more protected in that sense, because of the nature of their league systems."