Frank Lampard offered no assurances that Anthony Gordon will remain at Everton beyond the end of the transfer window.

Gordon has been the subject of interest from Tottenham, Newcastle United and Chelsea in recent weeks.

Chelsea made their interest known last weekend, with reports emerging of a £40million bid having been rejected by Everton, who were then said to have turned down an improved, £45m offer.

With Everton having sold Richarlison to Tottenham in June, and with Dominic Calvert-Lewin injured, Gordon has been relied on to lead the line in their opening Premier League games.

Both of those have ended in defeat, to Chelsea and Aston Villa respectively, but despite the latest developments, Lampard has no concerns over Gordon's mentality ahead of what might already be a crucial meeting with Nottingham Forest.

Yet when asked if he could guarantee Gordon will remain an Everton player after the window closes on September 1, Lampard told reporters: "You can't ask me to assure anything, that'll be naive for me to assure anything. I might not even be here! Who knows. I don't want to get into hypotheticals."

Everton have so far not brought in a striker to fill in for Calvert-Lewin or effectively replace last season's leading scorer Richarlison, but Lampard hopes it will not have to be a case of choosing between keeping Gordon or raising funds for another attacker.

He said: "Anthony's our player, we're not looking at it like 'where can we go with this deal to improve us?' Anthony's a great player that we've developed, which is a big deal.

"We know his value, because we see the value of players that are moving at the minute. He's a big player for me and the team, I think about what more can we do for the team. 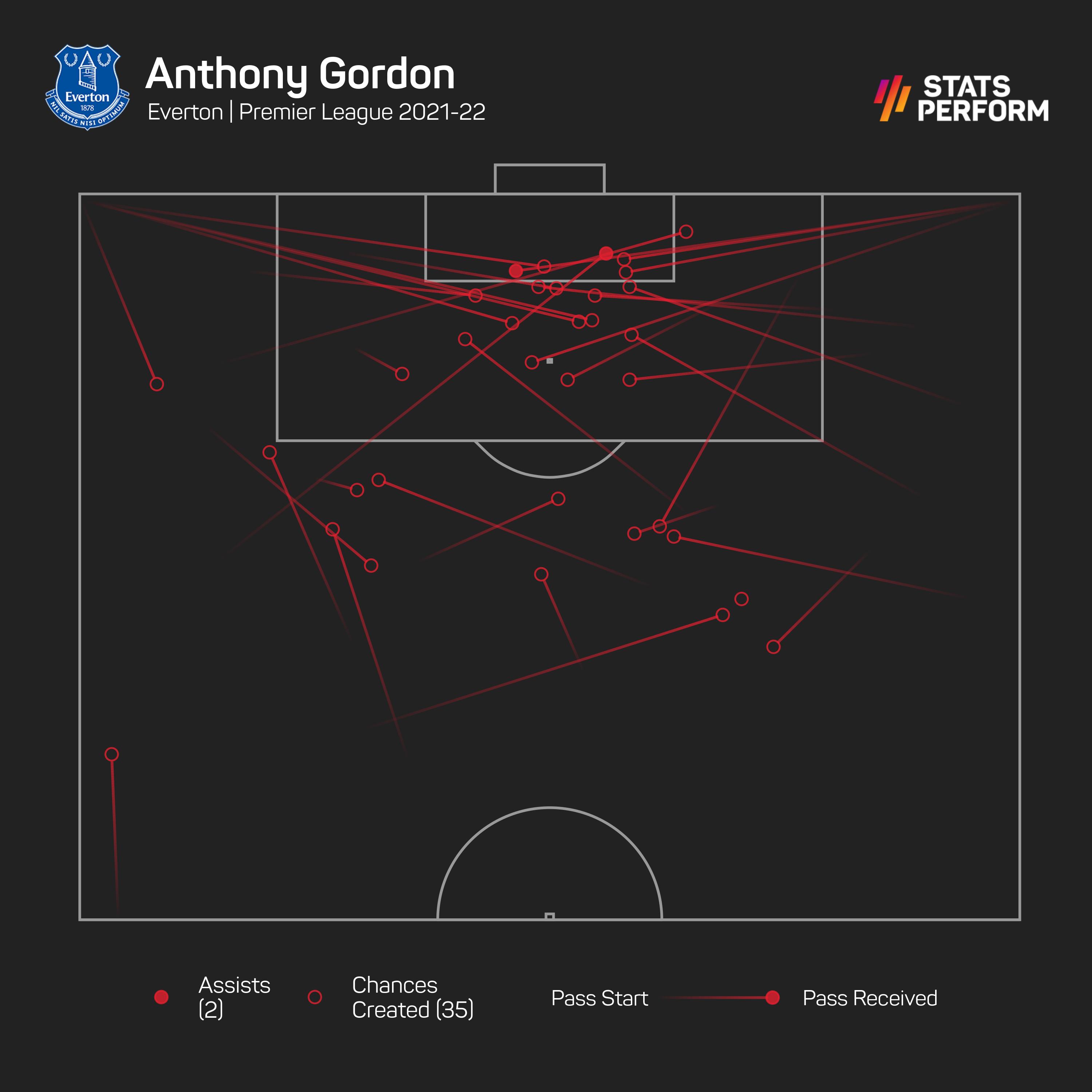 "He's in the squad. Any chat I had with him will remain private and as any player should do, they have to get on with their own game, train well, prepare well.

"He's our player, simple as that."

The future of Gordon's club-mate Dele Alli is also in doubt, with Everton having reportedly agreed to loan the former Tottenham star to Turkish side Besiktas.

Alli signed from Spurs on an initial free transfer in January, though Everton will have to pay £10m once the midfielder reaches 20 appearances. He has only made 13 so far, with just one of those coming as a start.

"There's interest in Dele, that's come out publicly in the last couple of days," Lampard acknowledged. "That's one for us behind the scenes to consider ourselves, and Dele has to consider that. For it to happen it'll have to be right for everybody.

"I think at the moment, people queue up to have an opinion and can get quite negative about it and I don't think that’s really fair for a young man whose talents took him onto the world stage of football and won Young Player of the Year twice, was one of the world talents at a young age. We respect that he needs to keep working and that it's his career."