Juventus coach Massimiliano Allegri believes Inter remain the favourites for the Scudetto ahead of their clash in the Derby d'Italia.

Allegri's men visit San Siro on Sunday as they look to continue an eight-game unbeaten run in all competitions.

The Bianconeri are 10 points adrift of leaders Napoli, who hold a two-point lead over Milan and are seven points ahead of defending champions Inter.

Inter's drop-off from their title-winning campaign is not a surprise given they lost coach Antonio Conte, star striker Romelu Lukaku and full-back Achraf Hakimi in the close-season.

But Allegri still sees the Nerazzurri as the team most likely to win the title come the end of the season.

"It will be a beautiful evening, there will be many spectators and a great atmosphere," he told a pre-match media conference.

"There are many expectations from us, from Inter and from the fans. In my opinion, Inter is still the favourite for the Scudetto: it will be an important test."

Juve sold Cristiano Ronaldo to Manchester United in the transfer window and, though he netted only twice in six games against Inter in his time with the Turin club, Allegri accepts it will be more difficult to prevail without the superstar forward.

"It won't be a decisive match, but winning would allow us to extend the positive streak and take a leap forward," he added. 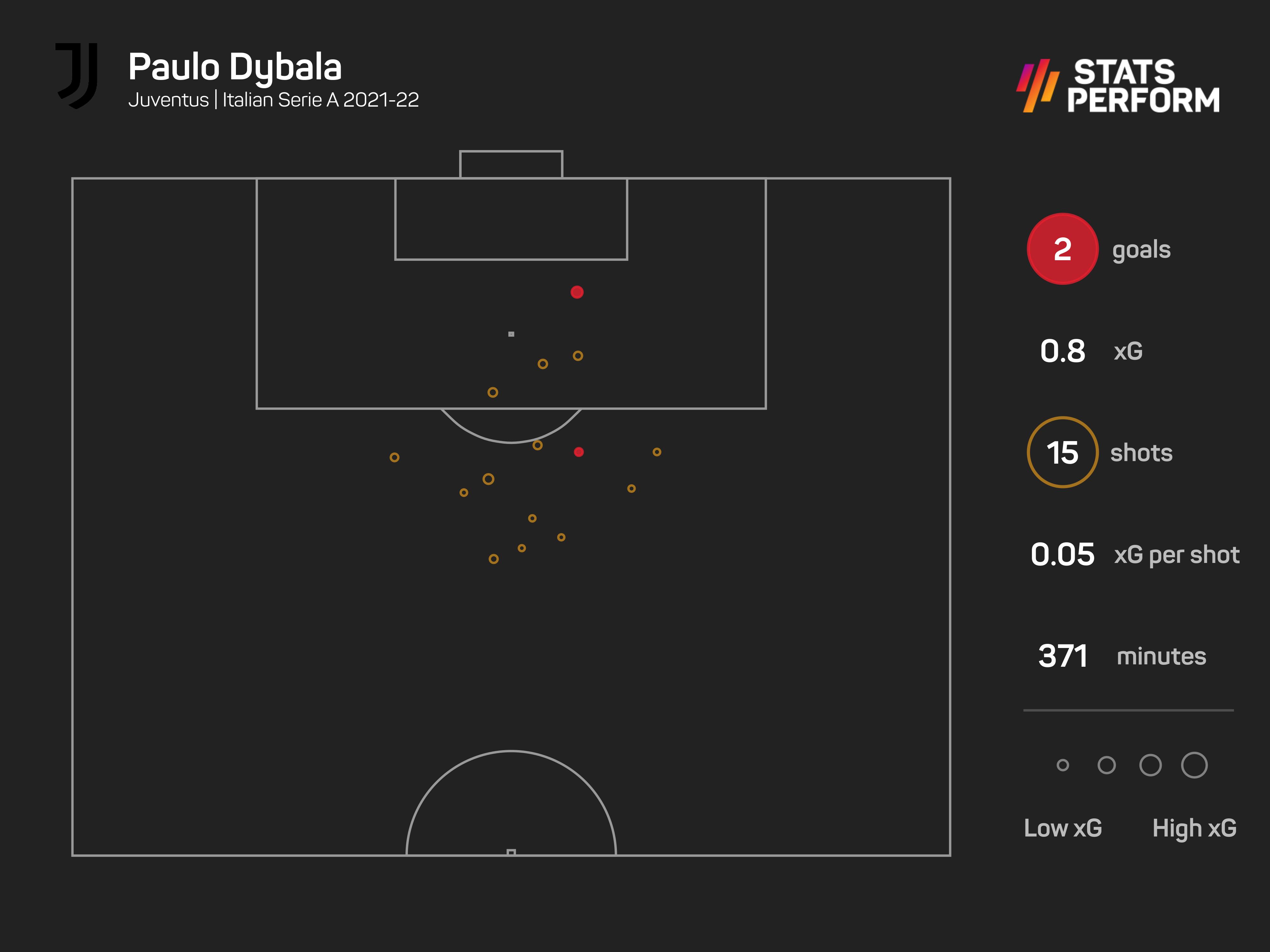 "With Ronaldo having left, everyone has more responsibilities, and we must seek this goal with all the players we have.

"Tomorrow, we will have to play well technically. Inter are strong: we need clarity and a desire to fight."

One player Juve should be able to count on is forward Paulo Dybala, who looks set to return having missed the last four matches with a muscle injury.

Despite being limited to five league appearances this season, Dybala has already displayed clinical form in front of goal, finding the net twice from 15 shots with an Expected Goals value of 0.8.