James Harden is in but Stephen Curry is out as Team USA firm up their plans for the 2021 Tokyo Games.

James Harden has followed Brooklyn Nets team-mate Kevin Durant in committing to play for Team USA at the Tokyo Games, according to reports.

The United States team is taking shape as they prepare to defend their gold medal at the delayed 2021 Olympics.

Reports at the weekend detailed the expectation Durant would join the team after the Nets exited the NBA playoffs.

The 2014 MVP will not be the only Brooklyn player on the Olympic team, according to The Athletic.

A hamstring injury limited Harden to 36 regular season games for the Nets following his trade from the Houston Rockets, before he played nine times in the playoffs, scoring an underwhelming 20.2 points per game.

Harden went to London in 2012 after his final season as a bench scorer for the Oklahoma City Thunder but not to Brazil four years later having established himself in Houston. 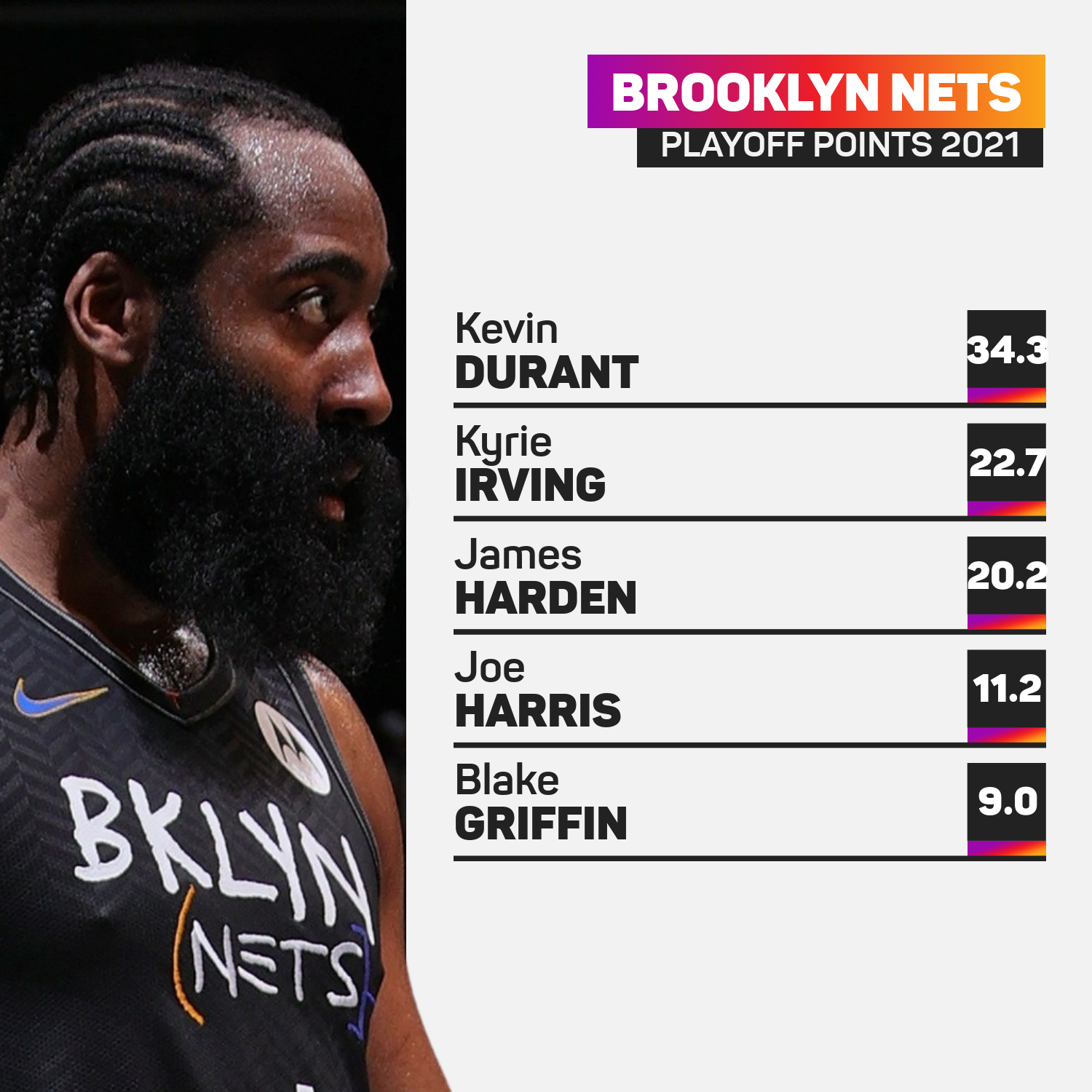 Golden State Warriors great Stephen Curry was involved on neither occasion – although he won the World Cup in 2010 and 2014 – and will not make his Olympic bow this year either, the report added.

Curry almost single-handedly carried the undermanned Warriors to the brink of the playoffs this year, taking the NBA scoring title with 32.0 points per game.

Donovan Mitchell, who struggled with an injury as the Utah Jazz lost to the Los Angeles Clippers, has also declined an invite, ESPN revealed.

Bam Adebayo, the Miami Heat center, will join the 12-man roster, though, aiming to bounce back from a playoff sweep at the hands of the Milwaukee Bucks in which he scored just nine points on four-of-15 shooting in Game 1.

Simone Biles has ruled out a bid for gold in Monday's floor gymnastics final, with the American gymnast sent a message of support from home.