Erling Haaland wasted no time in getting back to goalscoring form on his return from injury as Borussia Dortmund beat Wolfsburg.

Erling Haaland needed just seven minutes to score on his return from injury, bringing up his 50th Bundesliga goal and reaching the landmark in record time.

Borussia Dortmund fought back from conceding an early goal to beat Wolfsburg 3-1 on Saturday, with star striker Haaland netting their third shortly after coming on from the bench.

The win took Marco Rose's team, temporarily at least, ahead of Bayern Munich and into top spot.

Haaland had been out of action since playing in Dortmund's 4-0 defeat to Ajax in the Champions League on October 19.

Though only passed fit for the bench, he wasted no time in netting his 13th goal of the season in just his 11th appearance, with the Norway forward stretching to cushion in Julian Brandt's cross on the volley. 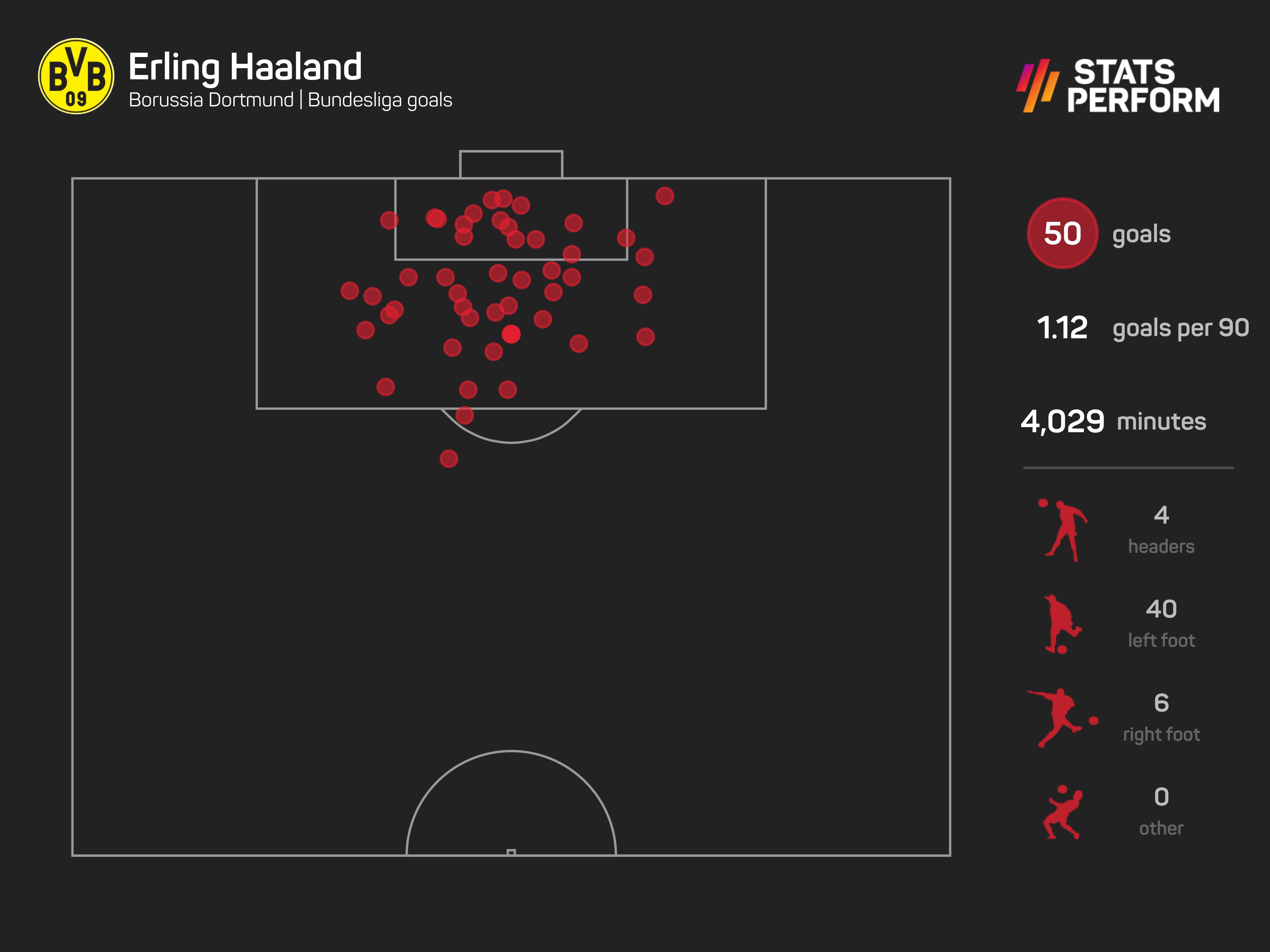 Haaland's half-century of Bundesliga goals have come from just 50 appearances in the competition.

No other player has reached the milestone in as few appearances or at such a young age (21 years, four months and six days).

Haaland has averaged 1.12 goals per 90 minutes played in Germany's top flight, scoring 40 with his left foot, six with his right and four headers.

Since Haaland made his Dortmund debut on January 18, 2020, only Robert Lewandowski (98) has scored more goals than Haaland (71) among players from Europe's big five leagues across all competitions.