Ansu Fati scored a fine goal and won a penalty as Barcelona eased past Valencia, much to the delight of his boss Ronald Koeman.

Ronald Koeman says Ansu Fati's "quality is undeniable" after his stellar performance in Barcelona's 3-1 LaLiga win over Valencia at Camp Nou on Sunday.

Fati, whose return from a long-term knee injury had been limited to substitute appearances before the international break, marked his first start since November 7 with a superb equaliser after Jose Gaya had given Los Che an early lead.

Teenager Fati then won the penalty that saw Memphis Depay put Barca ahead before the break, while Philippe Coutinho added a late third to ease the pressure on Koeman after back-to-back defeats in the Champions League and LaLiga before the international break.

Fati, who recently inherited Lionel Messi's iconic number 10 shirt, was withdrawn in the 59th minute, with Koeman insisting it is important his reintegration into the first team is not rushed.

"He has to improve physically little by little, but his quality is undeniable," the Dutchman told Movistar. "Today he has already played an hour and he has more and more competition rhythm. Hopefully he can play many more years at this club.

"We have a plan with him. Today he played from the beginning for the first time. Little by little he will be better and it will be more important; he is a different player from the rest."

Sergio Aguero, who joined on a free transfer in the off-season after leaving Premier League champions Manchester City, was introduced from the substitutes' bench late on for his debut, and Koeman said they will be taking a similarly cautious approach with the Argentina international.

"It is important for the team to recover the injured attackers," he added. "Ansu and Aguero are different players, with special qualities. Aguero also has experience. I hope he follows a path similar to Ansu's. It is not a question of quality, but of being in good physical condition." 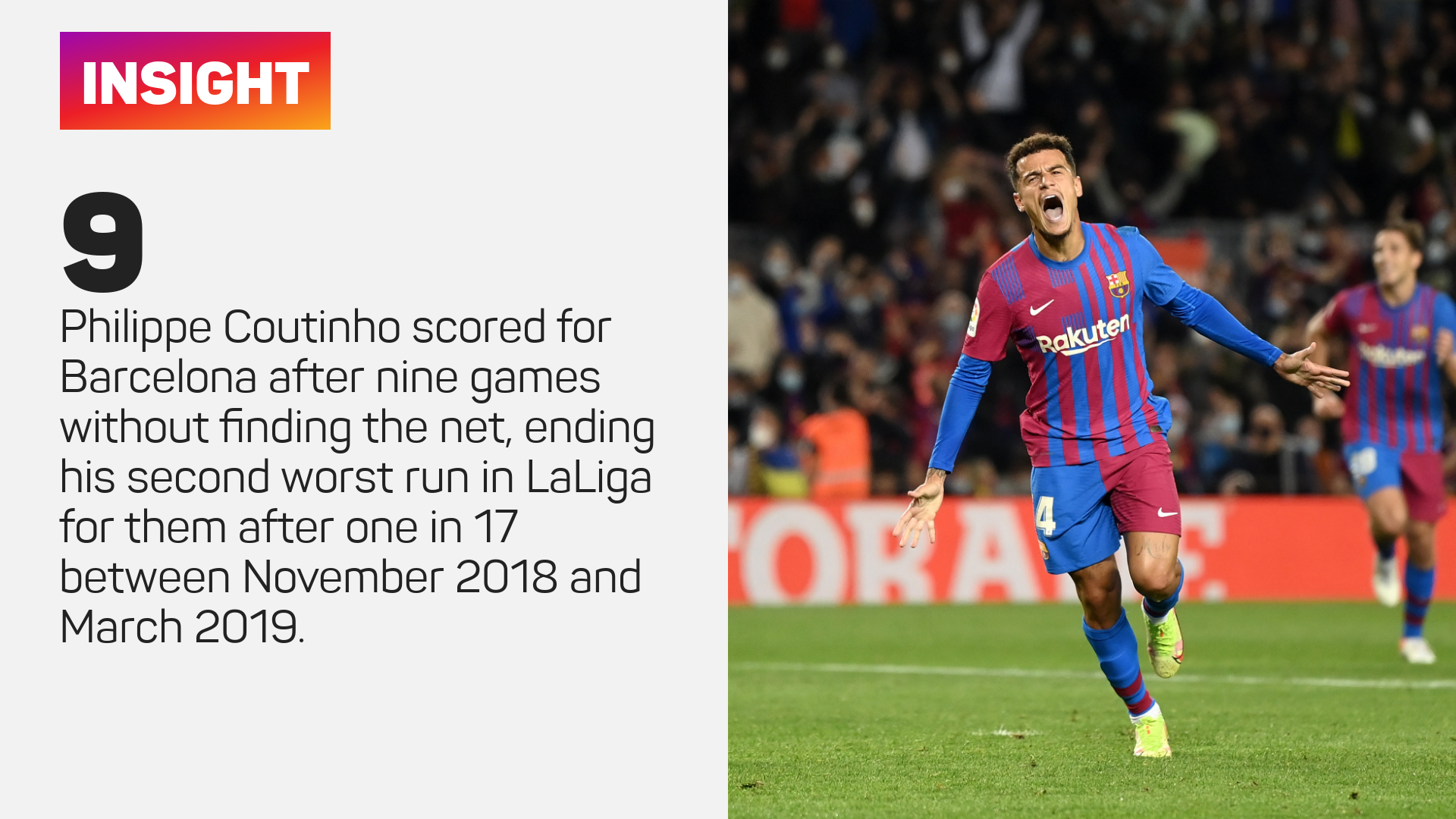 Coutinho's late third was his first goal since November 29 last year, and the Brazil international opened up on a difficult period in this career.

"It was a cry of rage [his celebration] because I needed to score to gain confidence," he explained. "No one else knows how much I have suffered. I have the same desire or even more with everything I've been through. It is a scar that makes me stronger.

"I have more desire to succeed and be the best Coutinho. We know that the situation is not the way we want it, but we are the only ones capable of lifting it. The team is involved and today we have shown it against Valencia. We have given 100 per cent, but if we have to give 150 per cent, we will give it."

Barca host Dynamo Kiev in Champions League Group E on Wednesday before a mouth-watering Clasico against Real Madrid at Camp Nou on Sunday.