Erling Haaland has hit four doubles in just six Bundesliga appearances this season, as he chases the crown of top scorer in Germany.

Erling Haaland is putting early-season pressure on Robert Lewandowski in the Bundesliga goal charts, with the Norwegian hailed as "massively important" to Borussia Dortmund after his latest heroics.

Bayern striker Lewandowski has finished as the German top flight's leading scorer in six of the last eight seasons, including each of the last four campaigns.

In 2020-21, Lewandowski hit 41 goals to break Gerd Muller's long-standing record of 40 in a Bundesliga campaign, yet it is no foregone conclusion that he will be top of the pile this term.

Haaland is the rising force, and the 21-year-old returned from a thigh injury lay-off to score twice in Saturday's 3-1 victory over Mainz.

The double – a penalty followed by a stoppage-time clincher – took Haaland to nine goals in six Bundesliga games this season, lifting him two clear of 33-year-old Ballon d'Or contender Lewandowski.

It was the fourth time this season in the Bundesliga that Haaland has scored twice in a game, and the 17th double of his league career with Dortmund, which only began in January of last year. He also has a Bundesliga hat-trick and a four-goal game on his Dortmund resume.

In all, Haaland has 49 goals in 49 Bundesliga games for BVB, a startling return and one that has drawn attention from the likes of Real Madrid, Barcelona and Manchester City.

Marco Reus, who scored Dortmund's opener against Mainz, said: "We have obviously missed Erling in the past few games. Today, we have seen it again: he is massively important for us because he always occupies two or three players. The fact that he scored two goals on his comeback is fantastic. That's why we signed him." 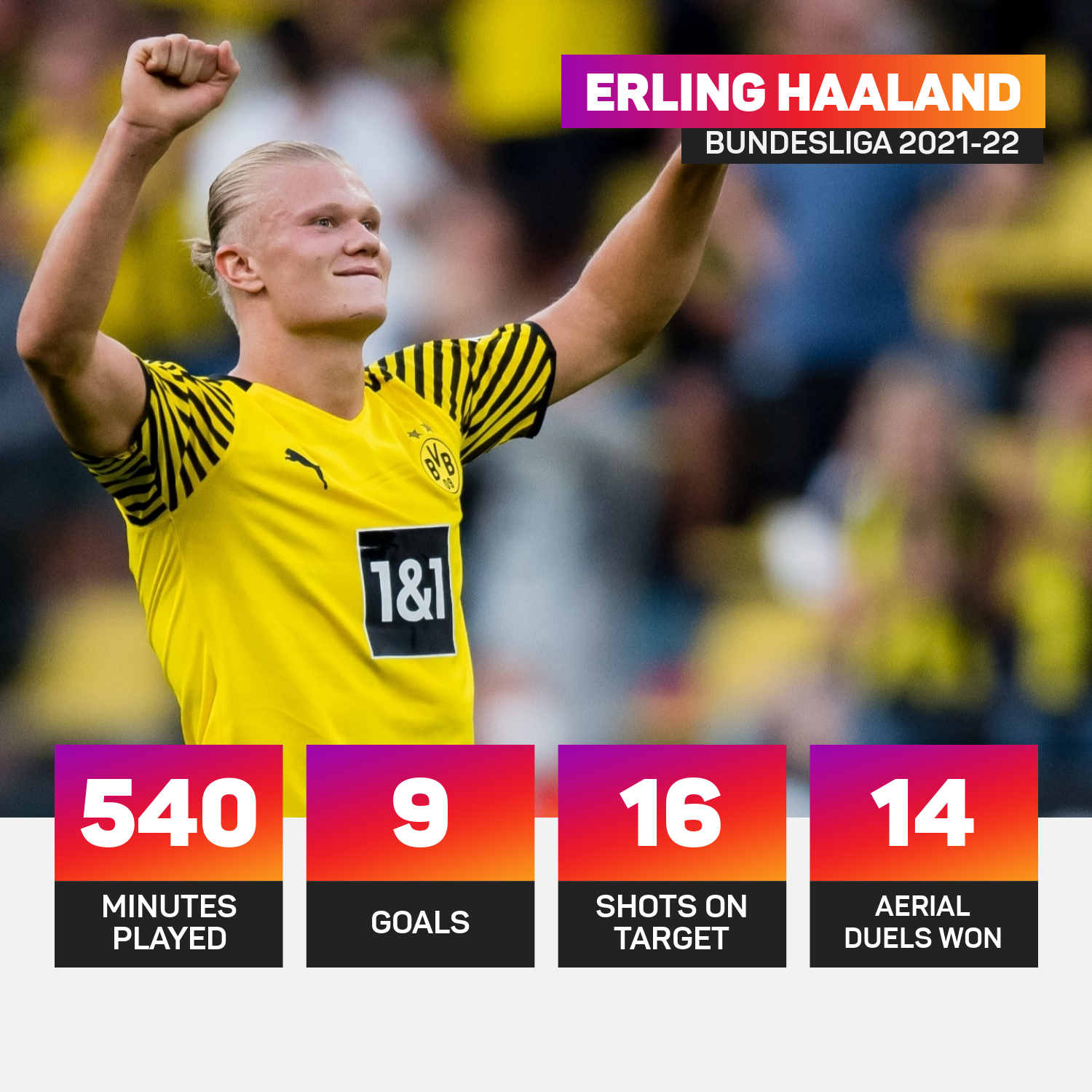 Head coach Marco Rose said, quoted on the club's website: "We needed him, including for defending set-pieces. He defended well towards the end. And then he went and scored another goal in the 95th minute. That came in handy."

Whether Haaland stays at the top of the scoring chart remains to be seen. Bayern were in action against Bayer Leverkusen on Sunday, with Lewandowski looking to end what for him represented a worryingly long lean patch: two Bundesliga games without a goal.

Dortmund sat top of the table ahead of that game, and would stay there in the event of a draw. Should either team win at the BayArena, however, they would displace Rose's side from first place.

Roberto Mancini is contracted with Italy until 2026 but faces the World Cup qualification play-offs in March.

Devin Booker grabbed his left hamstring in the second quarter of Tuesday's win over the Golden State Warriors.

Allegri calls for patience: It has not been an 'easy time' for Juventus

Juventus are well off the title pace and Massimiliano Allegri is re-aligning the side's goals for the campaign.

LeBron James will miss Tuesday's game against the Sacramento Kings and is set to be unavailable for 10 days.