India's seamers ripped through an undercooked and ill-equipped England battling line-up to take charge on day one of the first Test at Trent Bridge.

Joe Root won the toss and elected to bat on a Nottinghamshire surface that promised assistance to the seamers and the tourists took advantage with a masterful performance.

Only Root offered any significant resistance with a fluent 64 as Jasprit Bumrah (4-46) and Mohammed Shami (3-28) excelled to skittle the hosts for 183. 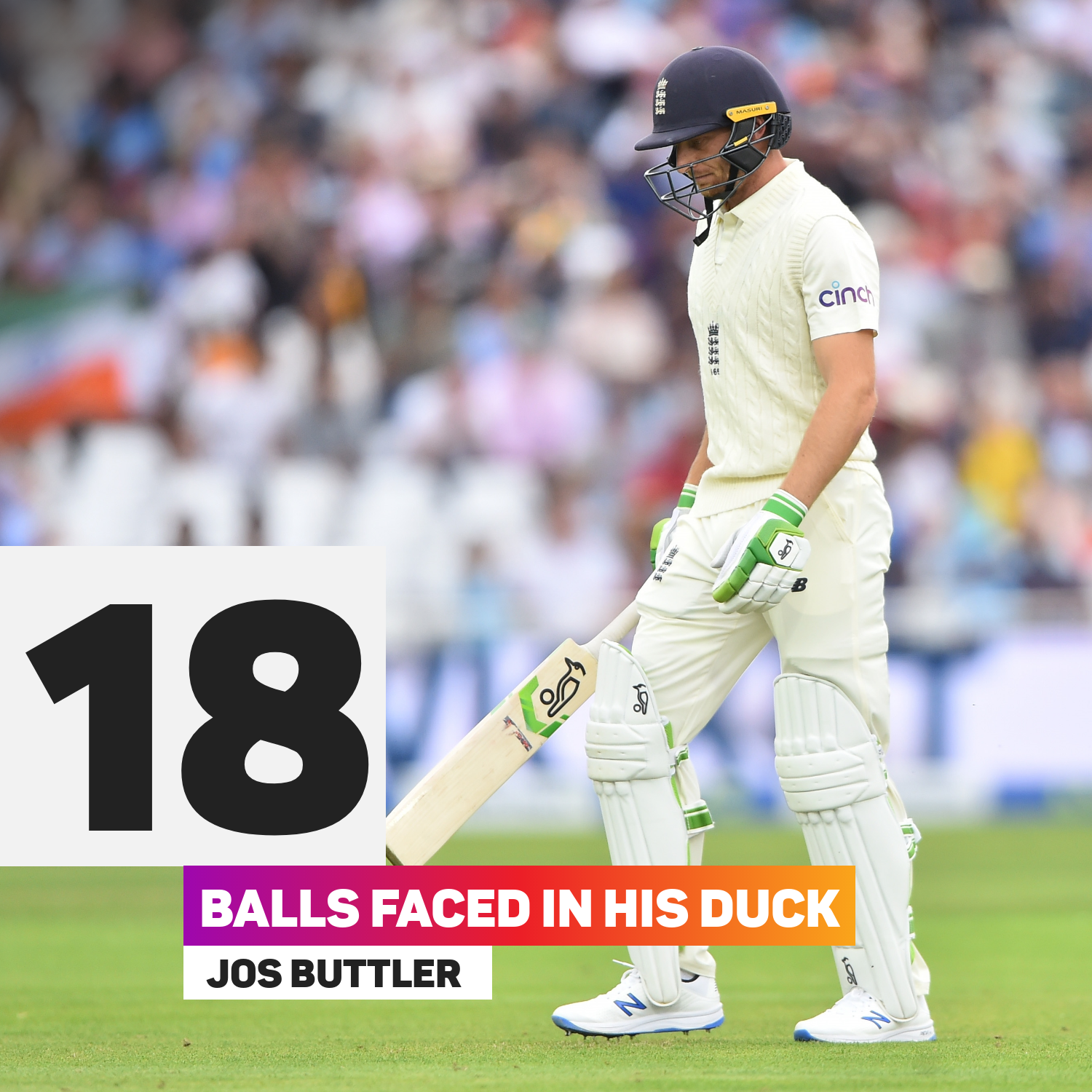 Rory Burns was brilliantly set up in a first over examination from Bumrah, who pushed deliveries across the left-hander before bringing one back in to trap him lbw – the first of four ducks on the England card.

Virat Kohli's excitably erratic reviewing can prove a hindrance at times but he was vindicated in going upstairs to discover Zak Crawley, who appeared in good touch en route to 27, got a faint inside edge behind off Mohammed Siraj (1-48).

Dom Sibley shovelled Shami to short midwicket in the second over after lunch to curtail a painstaking 18, uniting Root with his great friend Jonny Bairstow for a solid stand of 72 that suggested England might have got to grips with a considerable task.

But Shami successfully reviewed to have Bairstow lbw for 29 on the stroke of tea and Dan Lawrence, Jos Buttler and Ollie Robinson all came and went without scoring around Root being trapped in front by Shardul Thakur (2-41).

From 138-3, England had slumped to 155-8, whereupon a breezy 27 not out from Sam Curran offered some brief respite. Such moments might be few and far between in this series for Root's men on this evidence.